Posted on May 30, 2018 by smallsolutionsbigideas

CORRUPTION IN KENYA
Corrruption is where a person becomes greed of money and needs to be bribed in order to do something.Corruption in Kenya has been widely spread in all parts including in schools,offices,companies,churches and hospitals.

Kenya has been noted by many countries in all parts of the wold to be among the most corrupt countries. Behold the fact that Kenya is one of the third world countries in the world where citizens depend on education for survival, throug corruption Kenya is killing her own inovative and prosporous son.

A good example is a person who works as the company manager,he claims that he want kitu kidogo (something small) in order to employ ssomebody. This leads to lose of jobs to the poor who are educated, they lose chances because they have nothing to offer.

Principals in schools are bribed by parents who had their children perfoming poorly for them to get a chance inthe school while the poor children who perfomed better loses the chance.

Traffic police officers need to be bribed by drivers.The drivers who have wrecked dud vehicles which may lead to accidents on *roads are allowed to pass on roads.

Effects of corruption
1. Corruption has led in killing of prosperous and inovative minds which can change kenya by vission 2030.
Managers can only employ the rich who are able to offer something smallto them .
Through this we discover that Africa is killing her own son
2.Accidents are rapidly becoming high because traffic police officers are allowing wrecked,old and poorly managed trucks passing on roads.
3.Companies are collapsing because the managers employ unskilled people who are rich leavingout the skilled people who are poor.
4.Extreme poverty.

US BEING YOUTHS,LETS DISCUSS CORRUPTION SO THAT IT CANT HAPPEN AGAIN IN OUR GENERATION.

LETS SAVE THE LIVES OF THE POOR AND OPHARNS 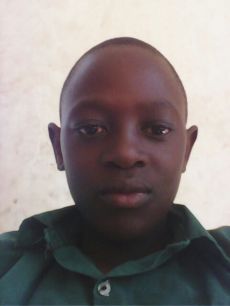 Brighton is one of our Scholarship students. He is attending St. Luke’s High School for Boys.  It is a very good prestigious local school.  He wants to be an engineer.  He is one of our ‘building youth leadership’ students.  He contributes to the learning and activities at the Hands of Charity/SSBI Technology Education center.

Believer in educating the world using "open systems", "open content", "open source" and providing tools to inquiring minds without pre-conditions.
View all posts by smallsolutionsbigideas →
This entry was posted in Uncategorized. Bookmark the permalink.